Feel Free To Call In!

Boyd Bedding is a family-owned and operated business that traces its roots back to the County Tyrone village of Drumquin, where managing director Raymond Boyd grew up on his father’s dairy farm.

Raymond, a farmer by blood, gained extensive experience working in the haulage industry before returning to farming full time. He bought a lorry to draw wood shavings from a local mill for his dairy herd and quickly found that there was demand from neighbouring farms and the poultry industry.

As the business grew, Raymond spotted the potential benefits of dried bedding to create a healthier environment for cattle and day-old chicks. He invested in a processing plant for wood shavings, including a drying plant from Denmark, and moved the business to Deerpark Industrial Estate in nearby Newtownstewart in 2002. Blue Frog was born.

Investing in the technology to dry and dust extract the wood shavings allowed Boyd Bedding to pursue opportunities in leading equestrian markets worldwide, and the business grew rapidly. Before long, production at the Deerpark site had reached total capacity, and after securing a contract to supply horse bedding for the 2012 London Olympic games, it was clear that further expansion would be needed. As a result, a second factory opened in Omagh in 2014. Two years later, Boyd Bedding was delighted to unveil a £10 million, purpose-built facility at Bankmore Road, bringing production capacity to over 40,000 bales per week.

Today, Boyd Bedding is the bedding of choice for thousands of farmers and equestrians around the world. We export to Great Britain and Ireland, Europe, Scandinavia, the Middle East, Hong Kong and Singapore. We are proud to have gained endorsements from some of the most prestigious stables globally, including British showjumper Nick Skelton, the Al-Maktoum family of Dubai, and Russian billionaire Roman Abramovich.

Strabane Chamber of Commerce Export Business of the Year

Strabane Chamber of Commerce Export Business of the Year

Raymond works in farming and haulage industry, gaining his lorry licence and driving all over Europe.

Purchases lorry to transport wood shavings from local saw mill to the farm.

Spots the potential benefit of dried as opposed to fresh, damp shavings which harbour bacteria that can harm high-yielding cattle or day-old chicks.

Purchases processing machinery including a drying plant from Denmark – BlueFrog is born.

BlueFrog selected as bedding supplier to the 2012 London Olympic Games. 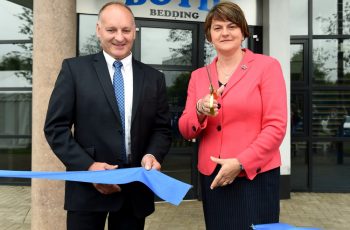 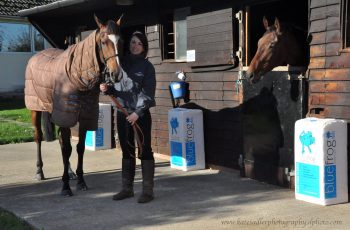 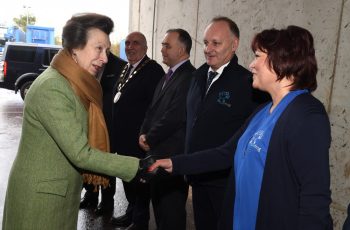 ASPERGILLUS FREE AS CERTIFIED BY THE IRISH EQUINE CENTRE